Spawned in Bucharest, Romania, and had a passion for visual art from a young age.

Growing up with a lot of cartoons and superheroes – the first time I had a camera in my hands I felt like taking stills was like having a superpower. The power to stop time.

I eventually got hooked on photography and everything it means. From the technical aspect and physics to the art itself.

Would’ve been way cheaper with any other addiction…

But here we are today, almost 10 years later.

After being a jack of all trades and trying out all fields of photography, I’ve settled for commercial work and product photography which became my main focus in the last 5 years.

Not short after, with enough equipment to open my own store, a studio was born.

A studio that prioritizes value and quality.

A studio that respects deadlines and cares about his clients.

A studio that believes in ideas and innovation.

A studio that’s not for everybody, but just for the ones that want to achieve greatness.

My childhood nickname came in handy 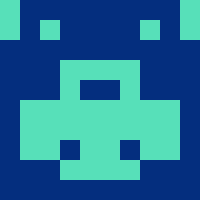